Vulnerable and disadvantaged children and young people will be receiving laptops, tablets and WiFi connections to allow them to keep up with their schoolwork during the lockdown, thanks to a major grant of £250,000 from the Freemasons to Buttle UK’s Chances for Children Campaign.

The COVID-19 lockdown is having a major impact on all children, particularly with the effect of school closures. However, for many children and young people, this crisis will amplify difficulties that already exist in their lives, increasing their isolation and forcing them to spend many more hours in homes that lack the bare essentials and comforts most people take for granted.

More than a third of the poorest children do not have the internet at home and a similar number do not have a computer, official figures suggest. The current crisis is highlighting the ‘digital divide’ in the UK and the impact that not having IT equipment and internet access at home is having many children’s education.

As well as providing essential IT equipment, the Freemasons’ grant will also cover other costs that will keep children engaged and learning, such as books, toys, games and arts and crafts materials.

Buttle UK works through a network of referral organisations such as local charities, social services and health centres. These organisations ensure that help gets through to those that need it most. Over the last 3 months the charity has been busier than ever, with this unique referral network allowing it to continue to get support into families’ homes despite the lockdown.  They have distributed over 600 grants worth nearly £700,000 since 1 April, reaching over 1000 children and young people. They have also raised £1.6m during the pandemic to support its emergency response, including the funds donated through the BBC’s Big Night In, as well as those donated by the Freemasons.

The grant from the Freemasons comes through the Masonic Charitable Foundation, which is funded by Freemasons, their families and friends, from across England and Wales.

We’re very grateful to the Freemasons for their generous grant, which will make a huge difference to children, young people and families right across England and Wales during this incredibly difficult time. This funding will help children and their families overcome the immediate crisis COVID-19 is causing, but investing in children now can make all the difference to giving them the better future they need and deserve.

“I’m very pleased we’ve been able to help Buttle UK with their enormously important work among vulnerable and disadvantaged children and families. Children only get one chance at getting an education and helping them to take full advantage of their opportunities at school, even during the lockdown, can transform their life chances.” 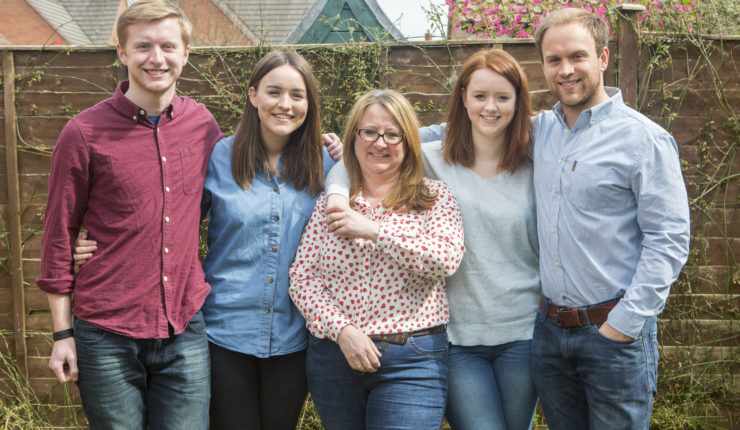 In September, the University of East Anglia sent us an update on the impact of our £190,000 grant to fund research into the diagnosis of prostate cancer