Les Hutchinson will be taking over as Chief Executive of the Masonic Charitable Foundation (MCF), following the announcement of the retirement of the current Chief Executive, David Innes. Les’s appointment follows a wide recruitment search.

David will be retiring in the late summer after over four very successful years at the helm of the MCF and eight years as Chief Executive of the Royal Masonic Benevolent Institution (RMBI), now a subsidiary of MCF. This followed a highly successful Army career.

Les has been actively involved in Freemasons’ charities since he joined the Royal Masonic Trust for Girls and Boys as a management trainee in 1988, rising to become its Chief Executive. Following the creation of MCF in 2016, he has served as its Chief Operating Officer and has worked in close partnership with David Innes and the Trustees, in bringing together the four separate Masonic charities into one single organisation.

In addition to his work at the MCF, Les is a strong supporter of other charities, having served as Chairman of the Young Lives Foundation and Director of Crossroads Care in Surrey. He is also an active Freemason, holding senior positions in West Kent and London.

Over the last four years, the MCF has established itself as one of the largest grant-giving charities in the country, providing grants to over 300 charities every year across England and Wales. These include two major grants of £1 million each to Age UK, to help with the elderly, and Home-Start, which supports families with young children.

During the current pandemic, the MCF has established an initial fund of £2m to support charities and projects responding to the coronavirus and has committed to matching any additional donations received from Freemasons, up to a further £1m.

It’s an honour and privilege to become Chief Executive designate of the Masonic Charitable Foundation. David Innes will be a hard act to follow, but I will work tirelessly to ensure that the MCF continues to be a tremendous force for good and to make a difference to so many communities and individuals.

I am delighted to welcome Les Hutchinson as the new Chief Executive. The Trustees and I have worked closely with him for many years and we have no doubt he is the right person to lead the MCF into the next exciting chapter of the charity’s story.

James Newman, Chairman of the MCF 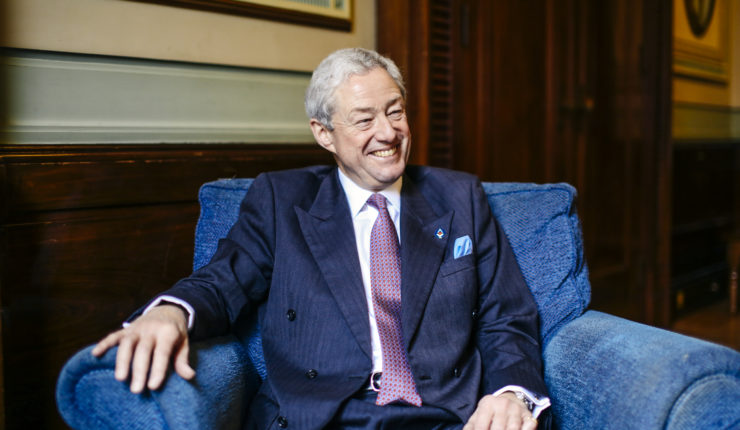 Last year, Versus Arthritis received a grant of £160,000 to fund a PhD studentship at the University… Hundreds of families in Nicaragua and Honduras who have had their lives devastated by two major hurricanes, will be receiving emergency supplies.